You are here: Home > Home

For the press review of the final Conference see here

For all information on the final ALPhA-Conference see here

For further information about ALPhA please follow this link

For the latest reports and press commentaries follow this  link

The research project “Auswirkungen der Liberalisierung des Internethandels in Europa auf den Phänomenbereich der Arzneimittelkriminalität” (ALPhA, English: effects of the liberalization of the Internet trade in Europe on the phenomenon of pharmaceutical crime) has been funded by the German Federal Ministry of Education and Research for a period of two years and with a volume of 1,7 million euro. The results have been made public at the final conference on pharmaceutical crime on the 20th and 21st of June 2016. More than 100 participants from all over Europe and beyond gathered in the castle of Osnabrück to discuss the findings and the future of countering pharmaceutical crime, including delegates from Interpol, Europol, the Council of Europe, the EU Commission, German Customs and Federal Police as well as the German Ministry of Justice inter alia. The event started with a lecture by Jürgen Storbeck, retired Director of Europol.

The ALPhA-project focuses on the trade with falsified medicinal products via Internet. Groups of apt falsifiers have found a lucrative and growing market in the trade at a distance with medicinal products, including prescription only medicines. The high profit margins and the low risk of detection in combination with negligible prosecution efforts have turned the trade with falsified medicinal products into a business with important potential for organized crime, even more attractive than the trade with narcotics. Pharmaceuticals are the new cocaine. The health risks for consumers are considerable. They are   rarely able to distinguish legal from illegal online distribution channels and many criminals have started to offer their products via Internet shops that pretend to be legitimate online pharmacies. Offers of prescription-free erectile-dysfunction pills are not only found on filthy forums. To rank illegal offers of medicinal products high on search engine results, hackers are placing them within the domains of legitimate websites.

The research project ALPhA followed a holistic approach to analyze pharmaceutical crime in the digital era. Its findings were presented during the final conference in the castle of Osnabrück. Surveys with medical doctors, pharmacists and citizens helped to shed some light into the dark figure of pharmaceutical crime. In addition to the description of the current situation in Germany, experts of Europol and Interpol completed the international picture, discussing the issue with delegates of the German Federal Criminal Police Office (BKA), the German Customs Investigation Bureau as well as pharmacist associations and the pharma industry on multidisciplinary panels open to questions from all participants. Additional input has been provided by regulatory agencies, other national and international research projects and the Council of Europe. The analysis has been completed by technical solutions for the online-prosecution of pharmaceutical crime that can be used especially in criminal investigations. An important aspect of the project has been the comparison of the legal situation regarding pharmaceutical crime in all of the 28 EU member states, especially regarding criminal law and fines. Additionally, alternative intervention and prevention mechanisms of private and public law have been researched. In conclusion, a wide data basis for legislative action has been laid. Assessing the lacunas of the current situation and addressing them with the project’s concrete recommendations shall facilitate to improve concepts of countering pharmaceutical crime in Germany and the EU with more effective legislation.

The research has shown that the legal situation regarding pharmaceutical crime in Europe is very disparate from one member state to another. It has unveiled different safety standards regarding the distribution of medicinal products via Internet and confirmed the consumer’s lack of knowledge on how to distinguish legal from illegal online pharmacies. Therefore, one of the recommendations is to work on an EU-wide harmonization of the criminalization of pharmaceutical crime and applicable sanctions. 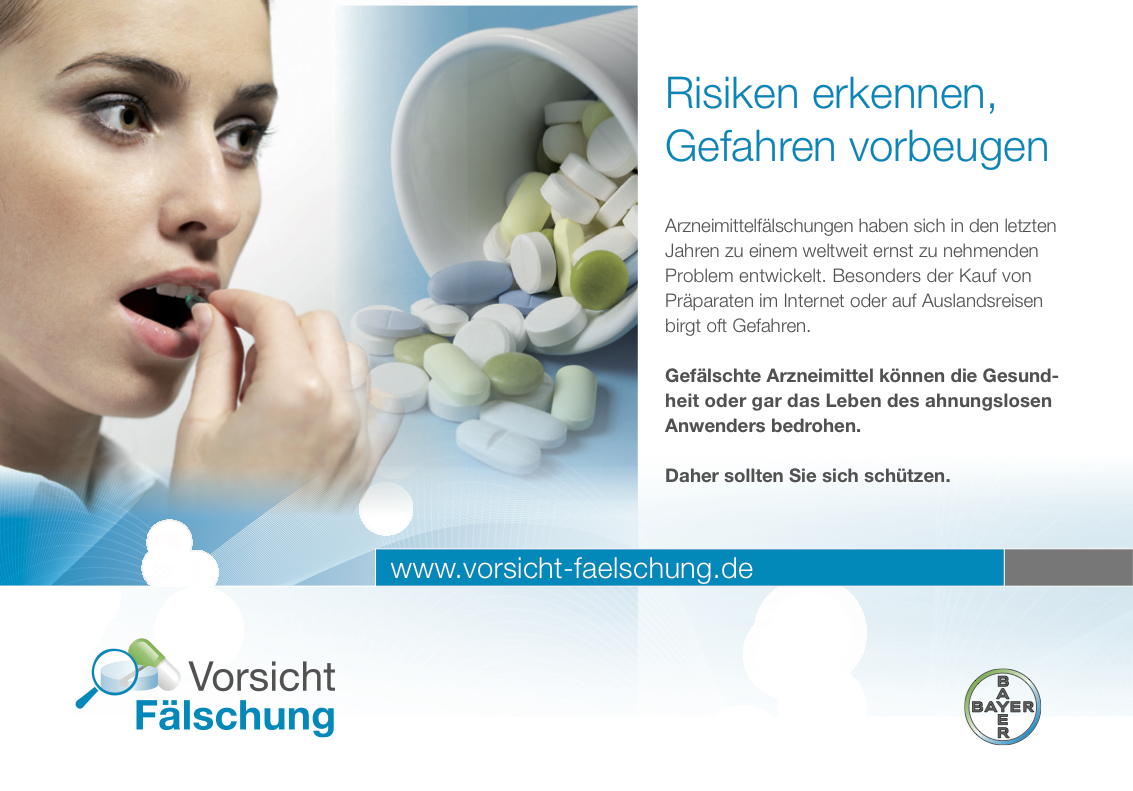